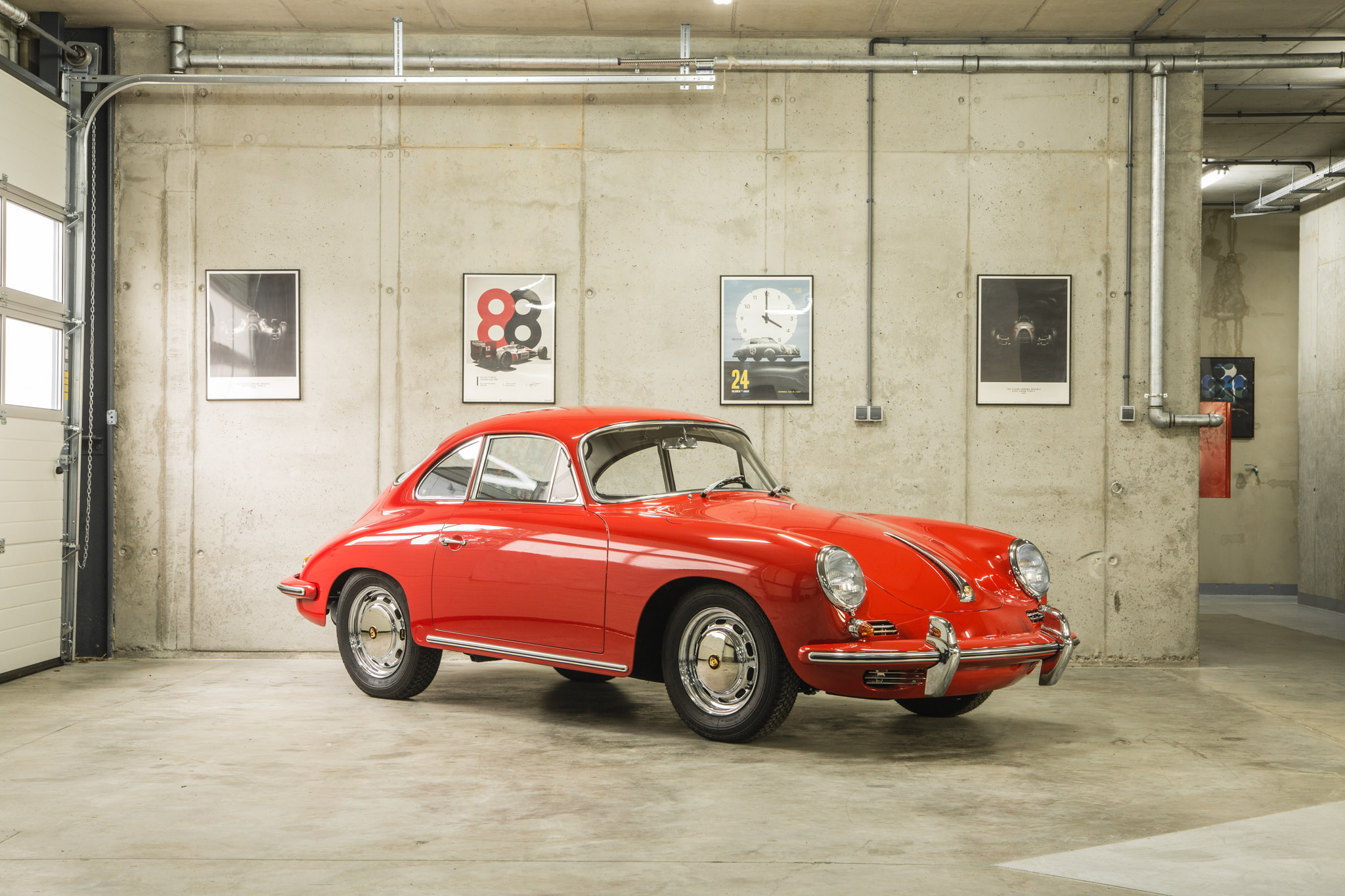 Production of the Porsche 356 C was split between two coachbuilders, Reutter, located next to Porsche Zuffenhausen, and Karosserie Karmann in Osnabrück. The C Series was the last iteration of the 356 model and was still being built in 1965. The top SC model became Porsche’s most powerful OHV-engined model, surpassed only by the Carrera 2.

This example left the factory on December 19, 1963 and was shipped to a Porsche importer in the United States. Its first owner Donald Zerwer, took delivery in Chicago. From new, this SC model had Signal Red paint with a black leather interior and was equipped with 165-15 Dunlop tires. At the Classic Station, the car underwent a comprehensive restoration during which it was stripped down to the last screw. The car body was cleaned in a chemical bath before being repaired and then protected with KTL technology, thanks to which we can be sure that even places which are difficult to access as well as closed profiles are free from rust. The Porsche was painted in its original color Signal Red. The engine and the whole drivetrain have been fully renovated. You can tell this is a brand new car, and even better than when it left the factory. We attach a Porsche CoA certificate to the vehicle confirming that the vehicle has an engine and transmission with matching numbers – Matching numbers.