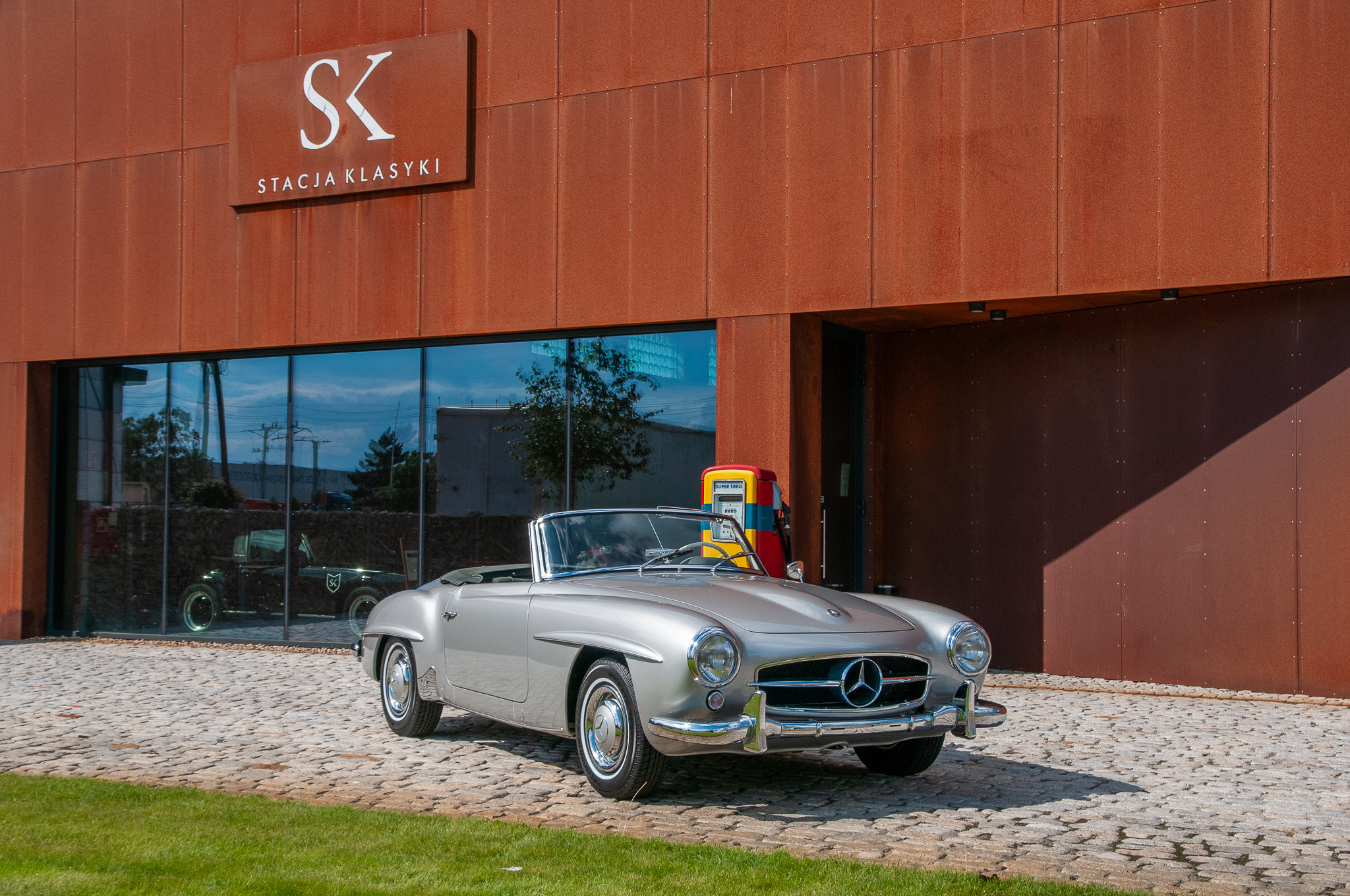 Sporty elegance, safety and comfort – with these qualities the 190 SL conquered a whole new group of enthusiasts among fans of dynamic driving. At the New York International Auto Show in February 1954, Mercedes-Benz presented the 190 SL prototype (W 121) along with a production version of the 300 SL “Gullwing”. Although the two-seater roadster with folding soft-top was warmly received, it was to undergo further development work by Mercedes-Benz designers – then known as stylists.In March 1955, a year after the New York premiere, the production version was presented at the Geneva Motor Show. Like its big brother, the spectacular “Gullwing” 300 SL, the 190 SL quickly became one of the most desirable dream cars of its time. Despite being less powerful than the 300 SL, it generated no less excitement and opened up the SL legend to a wider range of customers. By 1963, sales totaled 25,881 units. The 105 hp (77 kW) 1.9-liter 4-cylinder engine provided a top speed of 170 km / h, more than sufficient for the road conditions of the time. Even long distance driving was fun thanks to the comfortable suspension. The good-looking sports car for all occasions was particularly popular with female drivers, who appreciated the sporty elegance of the design. With an easy-to-use soft-top and an optionally available hardtop, the 190 SL was the first SL to combine both open-top and all-weather driving capability.

This example left the factory in December 1955, and is distinguished by several features characteristic of early production examples. These include seat frames from a 300SL model and a single sun visor. The car has undergone a full restoration, the quality of which is confirmed by the German ClassicData certificate with a rating of 1- , the highest possible for a restored car.