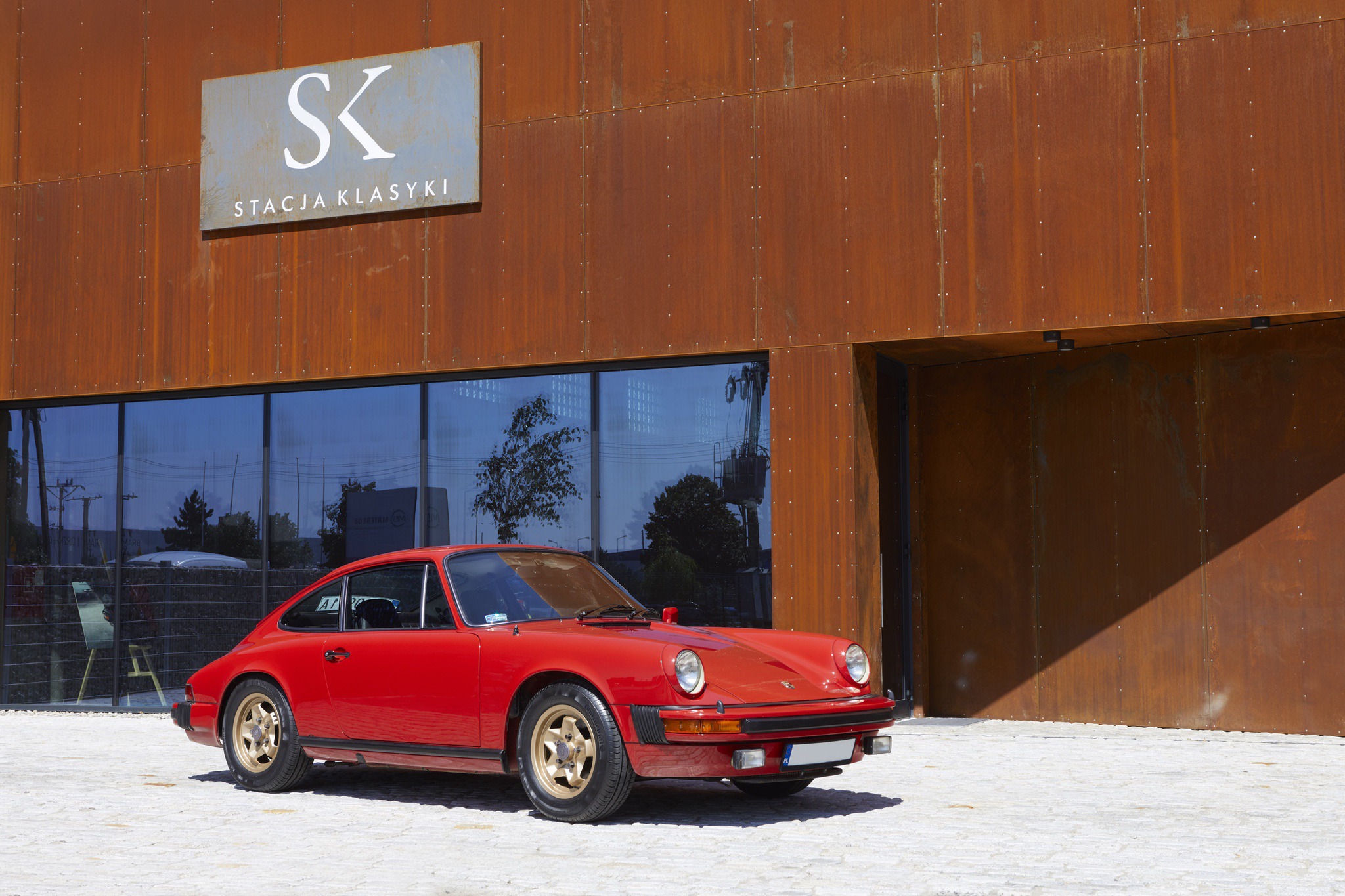 Rok 1974 był rokiem dużych zmian dla Porsche. Po pierwsze designerskich: z powodu nowych norm bezpieczeństwa 1974 was a year of big changes for Porsche. Firstly design-wise: due to new safety standards in the US, the company was forced to introduce plastic crumple zone controlled bumpers to the global market, which would remain unchanged from the 911 until 1989. Secondly, motor and comfort: new seats, a real air-conditioning system, for one thing, and an upgraded unit with mechanical injection and increased power to 175 horsepower in the 911S version made this best seller from Zuffenhausen a real little GT that could take driver and passenger on long trips in complete comfort. It is the 74-75 vintages that can be considered the original G-models, which will make them very collectible vehicles in the years to come.

The 1975 911S copy offered by the Classics Station Gallery is a truly unique find. Originally intended for the Canadian market, this car was exported to the U.S. and then returned to Canada for a fresh return. Ordered at the time in red with a black interior, clutchless Sportomatic transmission, it also received butterfly wheels and Porsche lettering on the side of the car. This copy has remained in immaculate condition for 43 years. Apart from a five-centimeter loss on the edge of the driver’s seat, this 911S is a true time capsule. Everything about the vehicle is original, from the gaskets of the opening parts to the unprotected floor, which has been preserved in excellent condition – the Porsche presents itself as if it were a well-kept four-year-old car. The 1975 Blaupunkt radio plays, the air conditioning is in working order. We have a full history of the car. This is an exceptional car with unquestionable collector’s value. Similar cars very rarely come up for sale