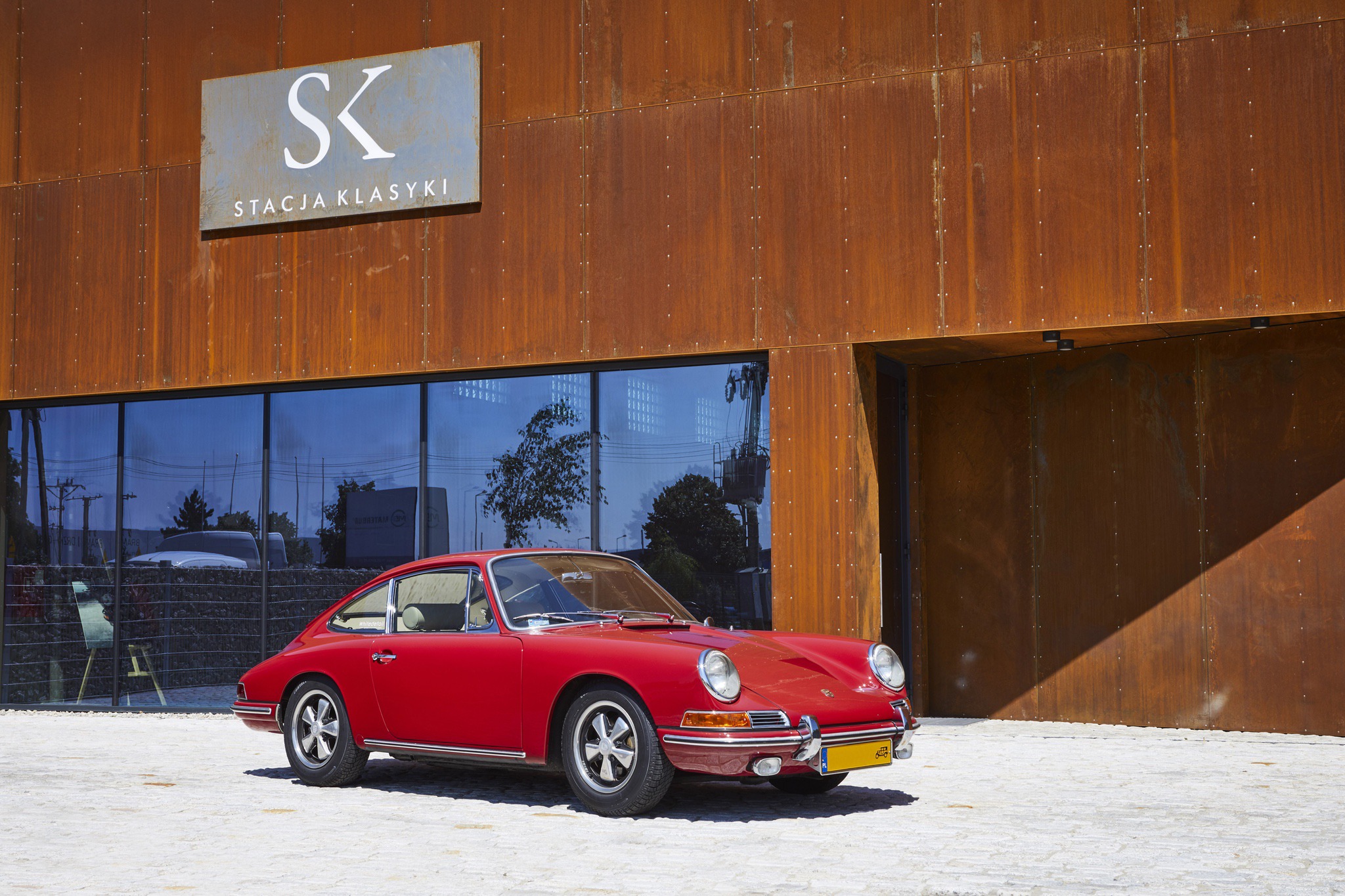 In 1965, after production of the Porsche 356 had ended, the German manufacturer introduced a less expensive sports car alternative to the flagship six-cylinder Porsche 911, with a price tag similar to its exiting predecessor. This was the Porsche 912. Equipped with an engine similar to the one used in the 356SC and with a power output of 90 horses, this model gained success very quickly, selling better than its bigger brother the 911. The overall production of the Porsche 912 until its completion in 1969 represented more than 32,000 units.

The 912 with serial number 454890 offered by the Classics Station is a highly sought-after short wheelbase version from its second year of production. It left the Karmann factory in 1966 and was originally intended for the American market. Brought to Poland in 2013, it underwent a comprehensive renovation – sheet metal and paint, but not only. A second coat of paint was applied to the car, but given the fantastic state of preservation of the bodywork, only minimal sheetmetal interference with some of the opening elements was necessary. The interior was replaced with a new one, and its color changed from the original black to a much more attractive beige. The engine also underwent a comprehensive overhaul, and a major service in late 2017. All components work, including the factory radio. The 912 currently looks phenomenal and is ready for the summer season.