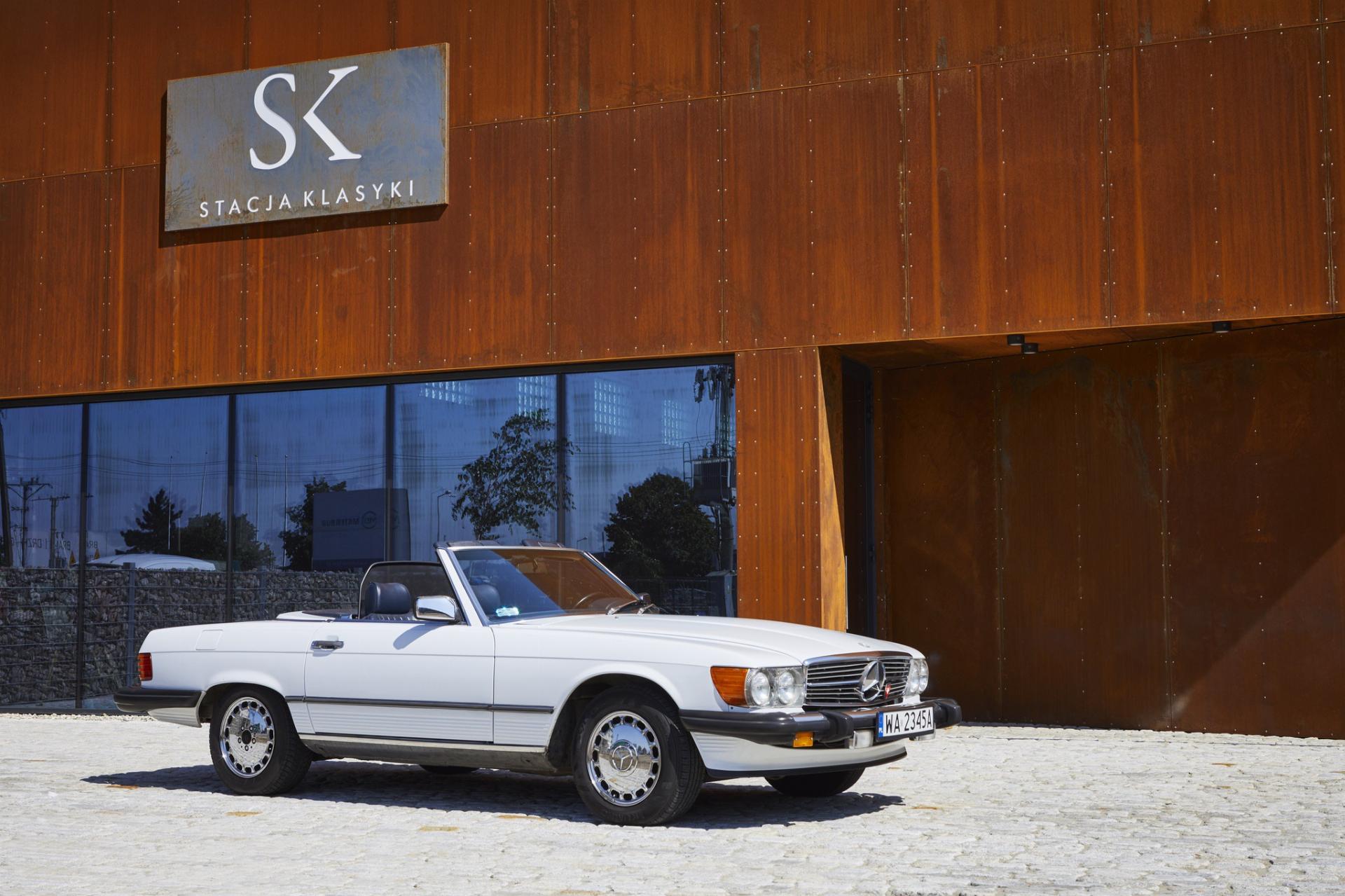 The Mercedes SL series R107 appeared on the market in the 1970s, and its goal was to be much better than the potential competition. The successor to the Pagoda had a lightweight design, was visually smaller than the Pagoda, and presented lines close to what Mercedes design had become in the 1980s. Initially, customers could only choose from a forked eight. The weaker engine had a capacity of 3.5 liters and developed 200 horsepower. In 1973 it was joined by a 4.5 liter unit, which was 25 hp more powerful. In later years the SL was also fitted with 3.8 or 4.2 liter engines, as well as the fantastic 5.0 and 5.6 liter units, the latter appearing at the turn of 1985 and 1986, and reserved only for the United States and Japan. The Mercedes R107 was the second longest production car of the brand after the G-Class. It was produced for 18 years until 1989, when it was replaced by the SL R129. A total of 237,287 SL models were produced.

This Mercedes 560SL left the factory in a very classic color combination of white paint and blue interior. Brought to Poland last year and currently with 128,000 miles on the clock, this car is in perfect condition and shows 32 years of age. This consists of a clean ownership history – the car has changed hands only once in the U.S., and has been in the same hands for 20 years, a Swiss citizen living permanently across the water, and a comprehensive service history. The car is now ready for the summer season and can be driven away on wheels.