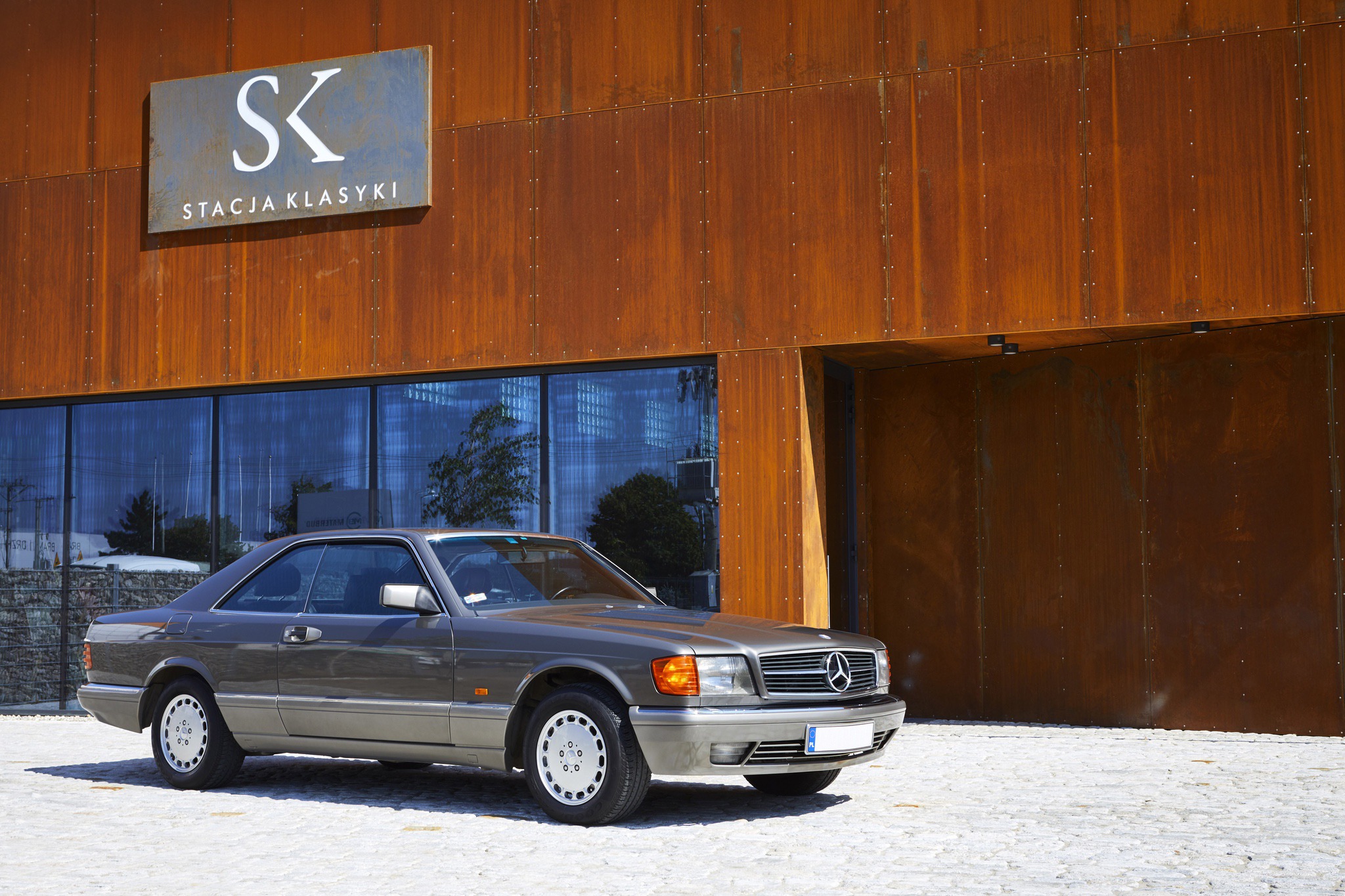 The Mercedes-Benz 126 series two-door coupe was a return to roots for the Stuttgart-based brand. After the 300 Adenauer coupe and after the now legendary 111 series coupe, no coupe model was created with the S-Class W116. The role of the 4-seat S-Class was partially fulfilled by the SLC of the 107 series, but for fans of large Mercedes it left much to be desired. Two years after the release of the 126 sedan, a coupe version was presented, in September 1981. Initially available with 380 and 500 engines, the 126 coupe took the name SEC, which distinguished it from the short – SE, and long – SEL sedans. The facelift introduced much better and upgraded units named 420 and 560, which were produced until 1991. It is the modernized 420 SEC that is the rarest coupe of the 126 series – only 3,680 were produced, while the 560 version numbered almost 30,000.

Mercedes-Benz 420 SEC offered by the Classics Station from the penultimate year of production of the model, was ordered in a very interesting color 172 – anthracite, rarely chosen for the type series of this model. Intended for the Italian market, it has among others side indicators in the front fenders – a peculiarity of the Italian market. In the possession of a wealthy Italian entrepreneur, the SEC was rarely used – which contributes to its low, documented mileage of 104,000km. Along with its importation to Poland a lot of work to bring it to a perfect state has been done. Thus, its paint was refreshed, and many mechanical parts were replaced or reconditioned. Today 420SEC is registered in Poland and ready to drive.