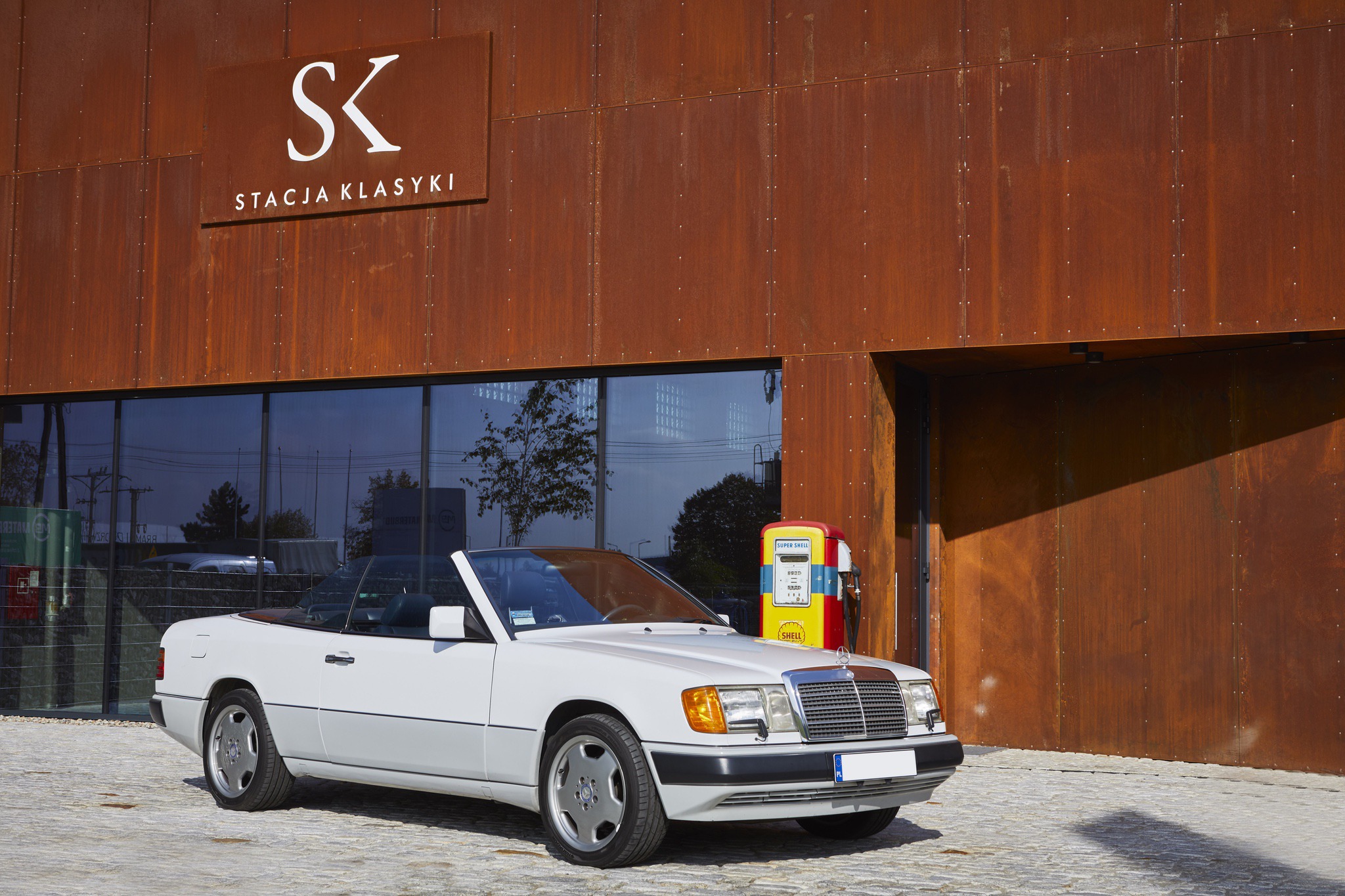 The Mercedes W124 series is now one of the most recognizable youngtimers on the European market. Produced for more than ten years, it was a resounding sales success for the Stuttgart-based brand, a car that lived up to Mercedes’ reputation for reliability and a true legend of modern motoring. Sold in saloon, estate, coupe and convertible body styles, the W124 can be, on the one hand, a very inexpensive way to get a taste of classic motoring and, on the other, a highly sought-after collector’s car. The convertible and V8 versions of the 500E/E500 and 400E/E420 certainly belong there.

It is a car equipped with a very sought after 3.2 liter unit, which for the American market, was designated 300CE. This is a rare version, before the last facelift. Mercedes has been configured in white 147 color, matched, classically, with blue leather interior. This example was imported from the US as an accident-free car, and upon its arrival was fitted with Mercedes wheels that equipped the AMG versions. The Mercedes still has the current American headlights with wipers which adds a certain charm to it. The car is currently registered, after a major service and is ready to travel. After the W111, production of which ceased in 1974, until the introduction of the next E-class convertible, the W124 was the only four-seat luxury convertible from Stuttgart.