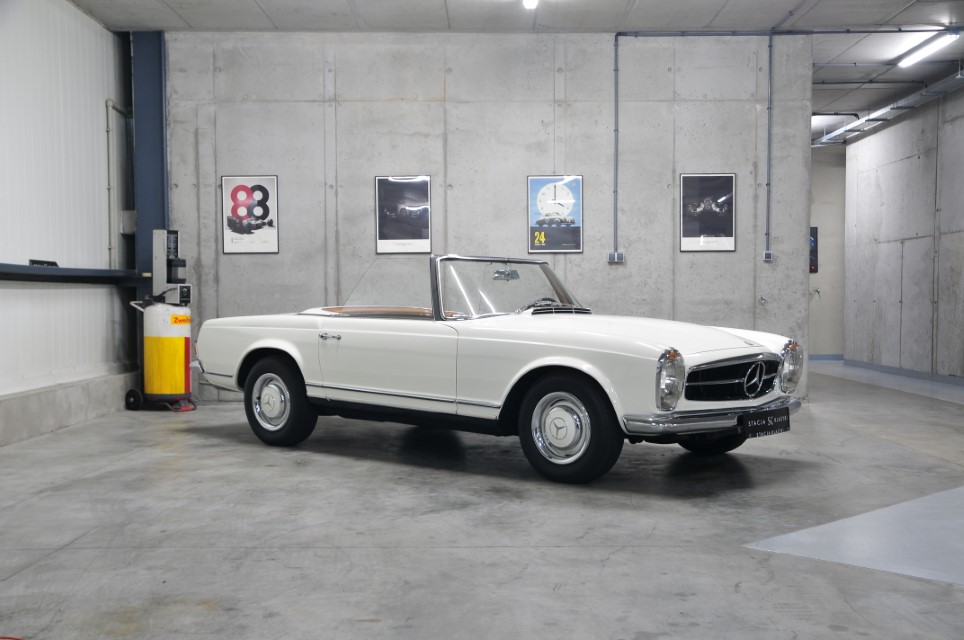 The famous Pagoda is one of the more valuable and desirable classic Mercedes today. The car was presented in 1963 as a successor to the 190SL and as a continuation of the elegant German roadster line. In developing the vehicle, the Stuttgart engineers took advantage of the solutions used in its bigger brother, the W111 variant. Pagodas, referred to in the factory nomenclature as the W113 series, became true icons of style. Many of these cars were used by famous and popular people, artists, actors or aristocrats. In total, more than 70,000 were built, which are highly valued by collectors today.

Mercedes-Benz W113 “Pagoda”, presented by Stacja Klasyki is fully unique and exceptional. It left the factory on wheels in 1963 with serial number 000057, which makes it the oldest copy in Poland. Its history is colourful and wonderfully documented. In 1976 Pagoda was on board a plane that transported it from Frankfurt to Chicago, the car remained in the hands of this owner – a US Air Force Captain – until 2001. The 1963 Pagoda’s engine is a 2.3 liter inline six mated to a 4-speed manual transmission. This is a wonderful example of a Mercedes W113 that would make an excellent capital investment due to the early VIN. We have the vehicle’s Daten Karte, confirming the vin number, body and engine match.