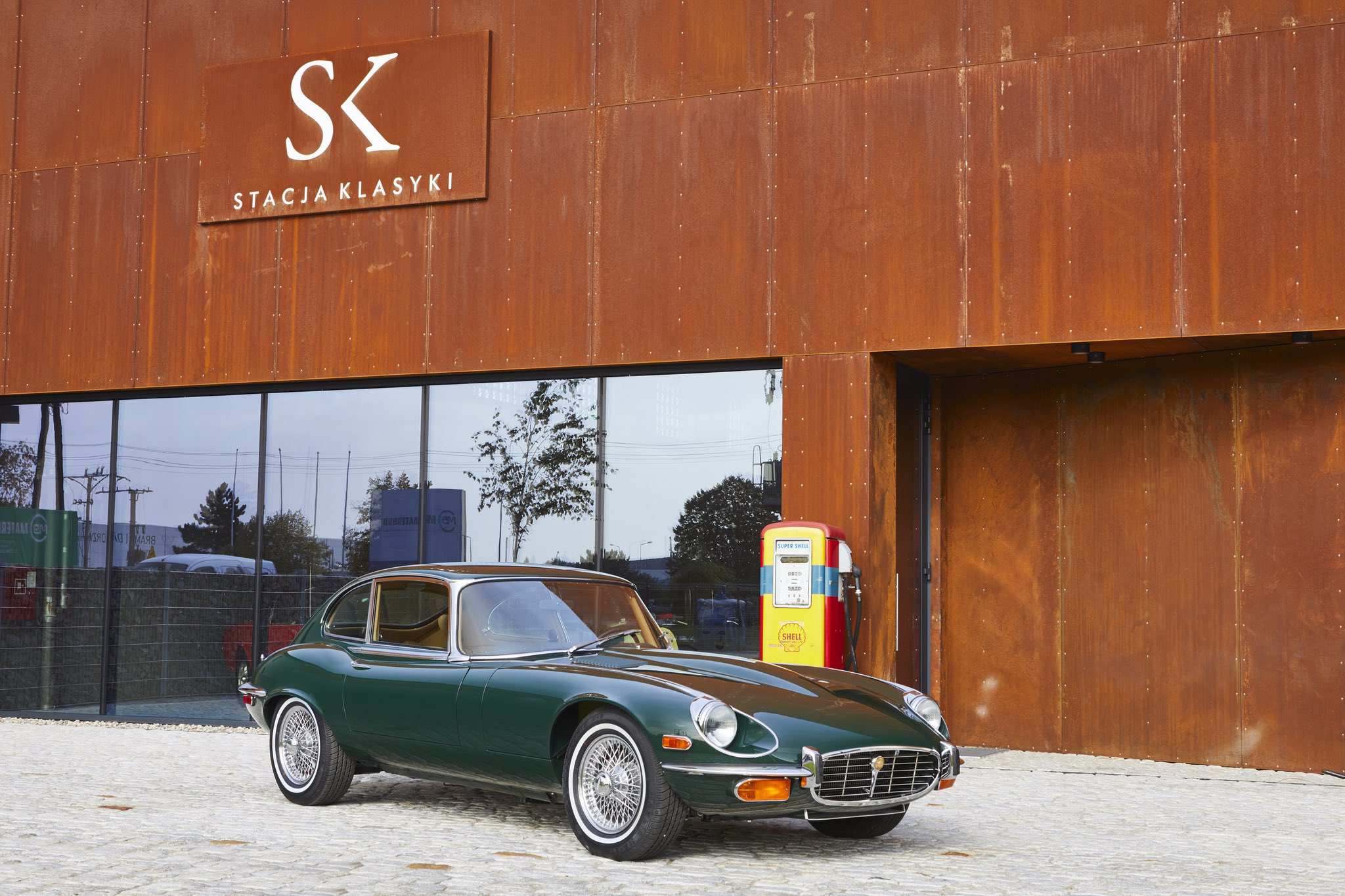 The Jaguar Series Three with the 12-cylinder engine is considered the most refined generation of the model presented in 1961. Unlike its 6-cylinder predecessors, it is a true GT, not just a sports car. The Jaguar E-Type V12 with serial number 4S56896 left the Jaguar factory on June 4, 1973, in American specification. It was configured in the most representative color combination for this English brand – the color of British racing green on the body and leather of dark Biscuit shade inside. It is equipped with an automatic transmission. This is the last year of coupe production, the most refined version with a twelve-cylinder engine, not yet equipped with the huge 5-mile bumpers that strongly disturbed the line of the 1974 copies.

This unit was imported in 2017 from California to Poland where it underwent a full restoration – today the E-Type can be considered a new car, restored to factory specification. The drivetrain, engine including gearbox was shipped to the UK where it was refurbished from scratch at Rushton Engineering International, the unit has only been driven a few miles since the full restoration. The Jaguar has a certificate confirming that this work has been carried out.The bodywork, interior, and other items such as plating have been restored, rebuilt, or simply replaced with new by the renowned German company Carblast. The body has been restored using NOVOL technology and the car also has a certificate for this work. This is a unique opportunity to own a truly unique – new 1973 Jaguar.