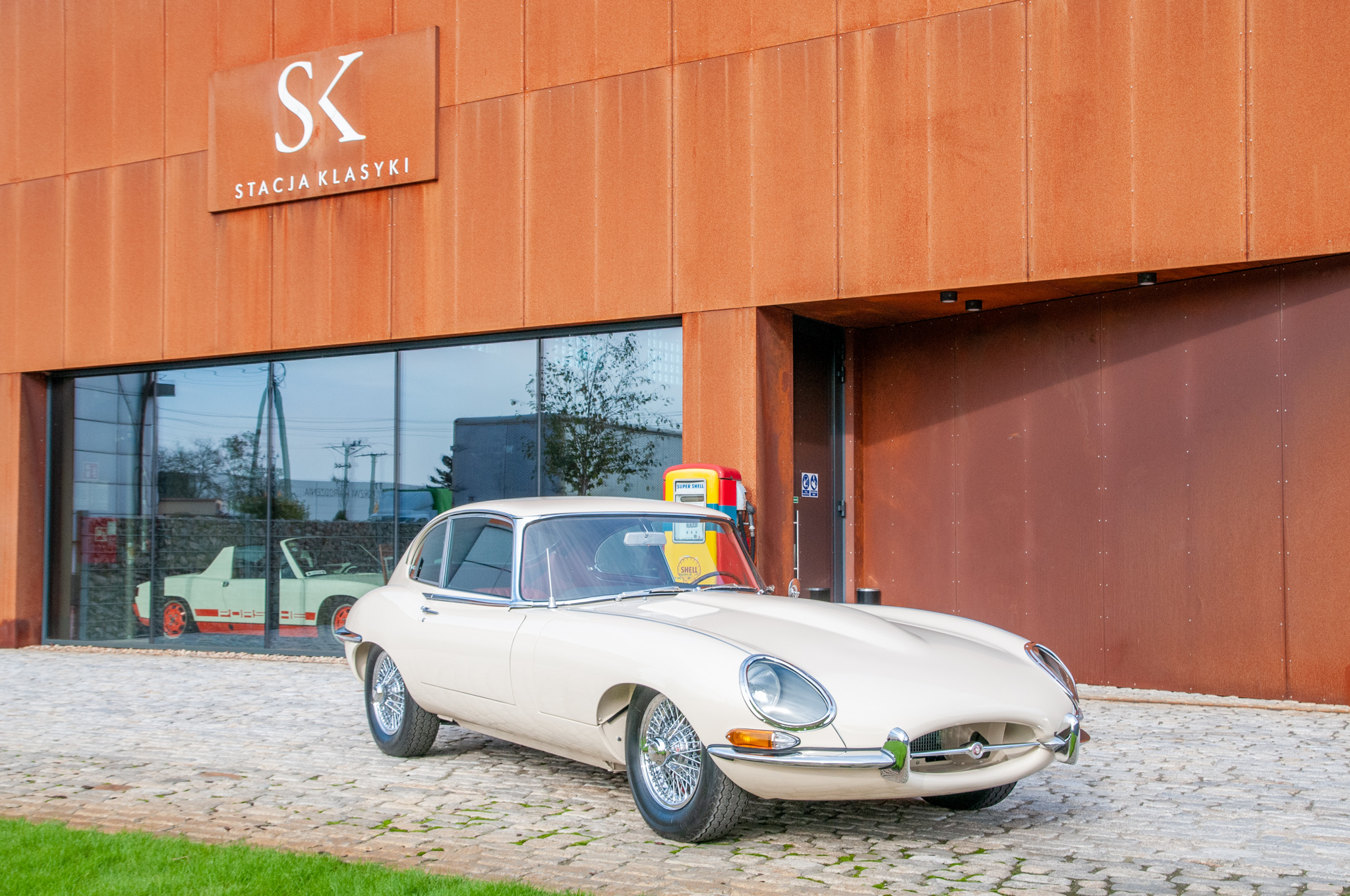 The beauty of the Jaguar E-Type is legendary and it is one of the few cars ever to be displayed at the Museum of Modern Art in New York. Production of the car began in 1961 and was originally equipped with a 3.8-liter overhead camshaft six-cylinder engine. Its styling, which was the work of Malcolm Sayer and overseen by company founder Sir William Lyons, was derived from the D-Type race cars that won the legendary Le Mans. The E-Type’s design consisted of a multi-tube front frame bolted to a steel body. The long, low bonnet and front fenders merge into one piece and are hinged at the front to provide unobstructed access to the engine. Introduced in 1964, the upsized 4.2-litre in-line six-cylinder boasts 265 horsepower and can accelerate the car from 0 to 100 kilometers per hour in 7.4 seconds, with a top speed of 240 kilometers per hour – achieved in incredible style and comfort.

Built on August 7, 1966 and shipped new to Jaguar’s New York distribution office, the E-Type offered here was sold to Mr. Shanken, who owned the car for the next 31 years before selling it to a Texas enthusiast. The car then came to Poland in 2018.At Stacja Klasyki, the car underwent a comprehensive restoration during which it was stripped down to the last screw. The body was cleaned in a chemical bath before sheet metal repairs were made, and then protected with KTL technology, so we can be sure that the hard-to-reach places and closed profiles are also free from rust. Jaguar was painted in original color Cream. The engine and the whole drivetrain have been fully renovated. You can say that this car is brand new and even better than when it originally left the factory. The vehicle comes with a certificate from the Jaguar Daimler Heritage Trust confirming that the vehicle has the engine and transmission with matching numbers.