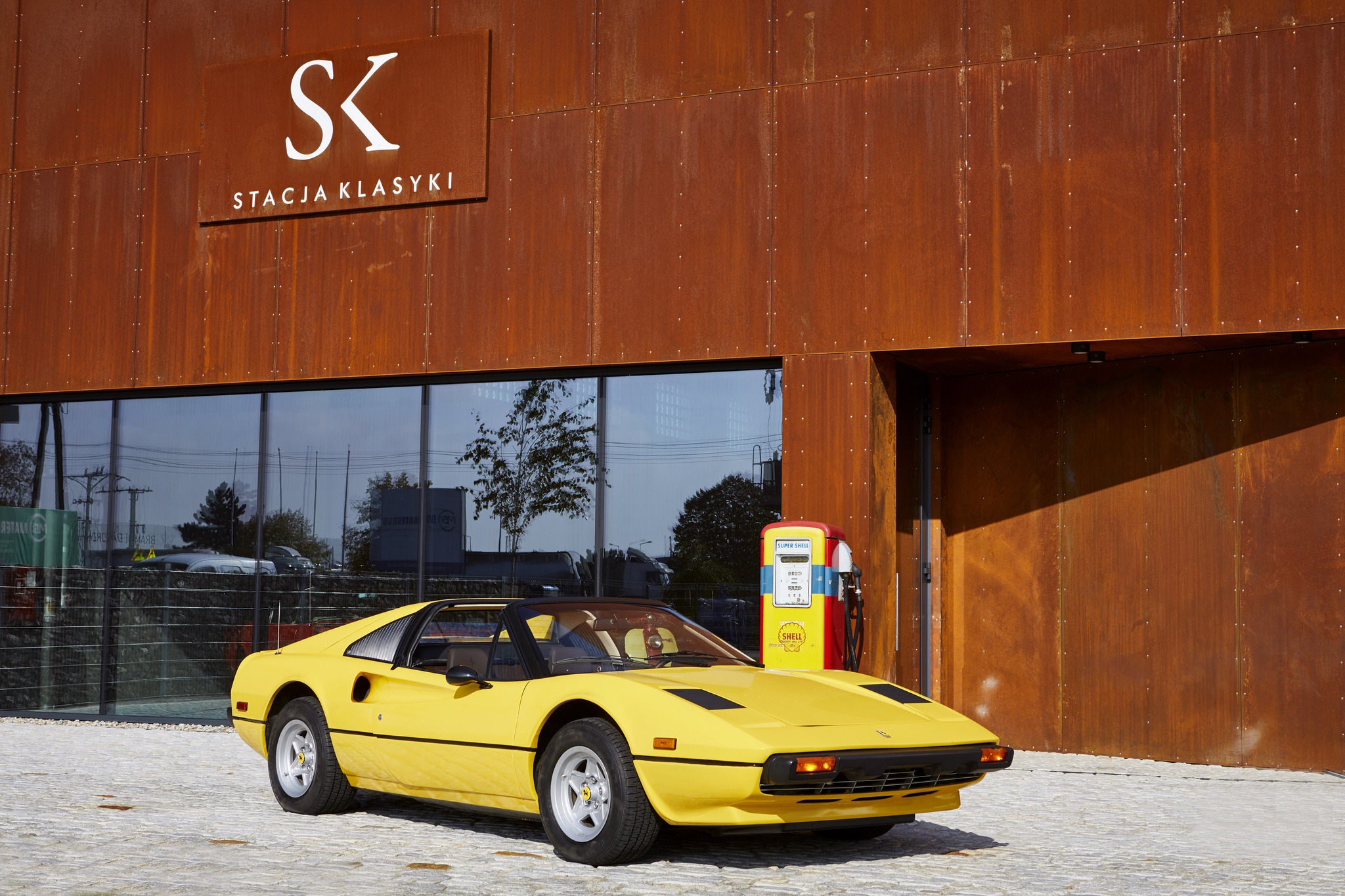 The Ferrari 308 for the Italian sports car manufacturer was a landmark. After the very well received small Dino model, which did not carry the Ferrari emblems, a small berlinetta with a V8 engine was offered for the first time in the company’s history. The designer of this model presented in 1975 was Leonardo Fioravanti, who was also the designer of the 365/512 Berlinetta Boxer. The breathtaking lines were characterized among other things by the wedge-shaped front end and the raised lamps. The 2.9-liter engine produced 255 or 240 horsepower in versions equipped with carburetors, which were produced until 1981. In 1977, a GTS version was introduced, in addition to the GTB model. Despite the name, the car was not a true convertible, but a targa version, much like its predecessor the Dino. The Ferrari 308 was a huge success for the Maranello-based company, the first mass-produced berlinetta whose design became a universally recognizable feature of the Italian brand.

The Ferrari 308 GTS offered by the Classics Station in the color Giallo fly left the Maranello factory in 1978. Intended as a copy for the American market, it was occasionally used – its current mileage is 62,000 miles. It is a unique car with a very interesting color combination where the yellow color is combined with a chocolate interior. The latter has undergone a thorough restoration in the USA before bringing the Ferrari to Poland – it looked very good but not perfect, therefore after importing the car body was cleaned to bare metal and then repainted. Ferrari has also undergone a number of mechanical and electrical works: the car is currently after replacing all the belts, including the timing belt, full regeneration of four carburettors, renovation of the electrical harness.