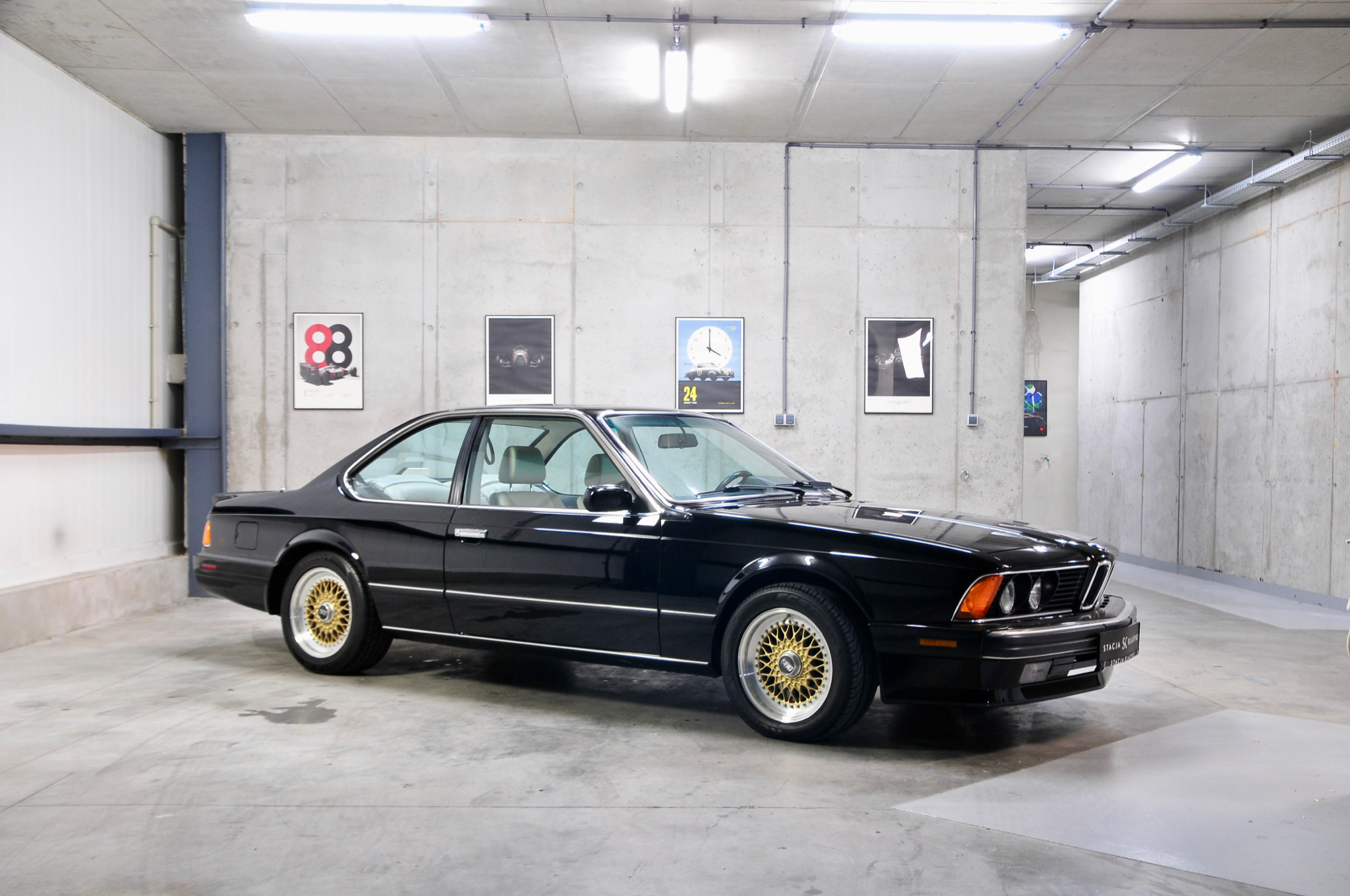 The BMW E24 is a true legend of the brand with a propeller. The coupe drawn by Paul Bracq is considered one of the lightest forms of the 70s and 80s when it comes to the design of the two-door and four-seater format. The M6 version, on the other hand, is one of the most sought after. Unlike the European M635 CSi with the engine code M88/3, the M6s prepared for the American market were equipped with the S38 engine with 256 horsepower. The versions from across the Big Water remain highly sought after cars considering their low production numbers – only 1767 cars, with the presented example being one of only 319 from the last year of production. It has beautiful black and still factory acrylic paint and a lovely bright interior. Its sinewy engine was boosted by the iconic American tuner of BMW cars, Dinan.

The BMW M6 offered by the Classics Station Gallery is a very special car. This car left the factory in the summer of 1988 in American specification. The body in shwarz color is juxtaposed with sand colored leather in the interior. After more than 30 years the M6 still looks sensational. All mechanical components of the car have been serviced on time and are in impeccable condition. The BMW is accident free, the whole body is in original paint. The 16-inch BBS RS wheels complete the picture of the classic from the 80s. The interior has no signs of wear and tear, as the car was renovated after coming to Poland. All electrical components such as seat switches and air vents work perfectly. The engine computer has been tuned – thanks to that the engine has about 25HP more than when it left the factory. Modification of the controller was done by one of the most renowned tuners of the Bavarian brand – DINAN. This is an exceptional car in every aspect, which cannot be passed over indifferently, due to its unusual and rare paint and excellent equipment. This car will surely be a collector’s joy, as well as an amateur of interesting youngtimers.