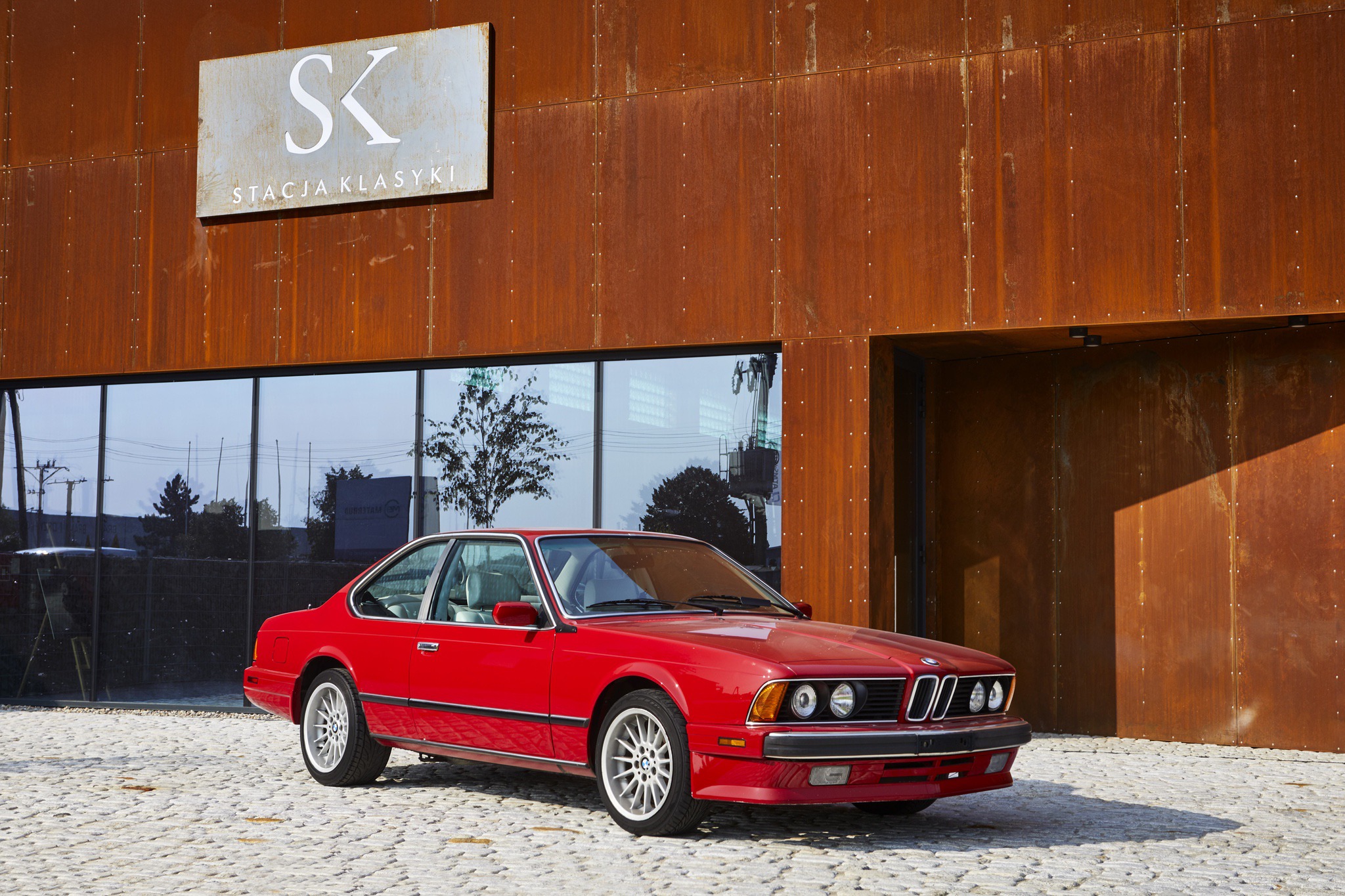 The BMW E24 is a true legend of the brand with a propeller. Drawn by Paul Bracq, this four-seater coupe is considered by many to be one of the lightest forms of the 70s and 80s when it comes to the desgin two-door and four-seater format, and the M6 version is one of the most sought-after. Unlike the European M635CSi with an engine code. As one of the few large German coupes, the BMW E24 has been in production long enough to have been stylistically refreshed twice. The last facelift brought this car right into the 1990s, with the exterior offering full plastic bumpers that thankfully did not affect the lightness of the “shark” lines. The final evolution of this car was produced for a very short time, hence also its attractiveness compared to the previous E24 series.

The BMW 635CSi offered by the Classics Station Gallery is an interesting proposition for someone looking for an end-of-production shark. This car left the factory on March 9, 1988 in American specification. It was painted in the rare 138 Zinnoberrot color, matched with a light sand colored interior, it is equipped with an automatic transmission, electric seats, and a rear seat air conditioning unit installed at the very end of production. The current mileage is 104,000 miles. This is a very good base for someone who would like to start an E24 in an unusual color. The car is in a very good condition, recently removed the nuclei of corrosion and repainted the rear part of the body, replaced many parts of the suspension, and mounted a set of new tires. The car is registered in Poland.